We are two people living with HIV/AIDS who were infected through blood transfusions, during the mid-1990s boom in the plasma economy in the central plains of China. The Chinese New Year is approaching, and the annual “two meetings” will also be here soon. Writing as individuals, we extend traditional Chinese Spring Festival greetings and good wishes for the New Year to both of you.

On November 30, 2008, the Ministry of Health reported that as of September 30 th , China had 264,302 reported cases of people living with HIV. The Ministry of Health and other agencies now estimate that that there are about 700,000 people living with HIV/AIDS, including perhaps 440,000 people who do not yet know that they are living with the virus. While China’s overall prevalence is still relatively low, the spread of HIV from high-risk groups to the general population is increasing.

December 1, 2008 was the 21 st annual World AIDS Day. On that day, Chinese Communist Party Central Committee General Secretary Hu Jintao inspected Beijing Ditan Hospital’s AIDS control and prevention work. He expressed his sympathies with the frontline AIDS workers, and met with people with AIDS and volunteers at the hospital. In the course of his visit to Ditan, General Secretary Hu said, “After years of intense effort, our nation’s work on AIDS prevention and treatment has achieved significant results. However, the situation is still quite grim, and the work of combating AIDS must continue. I urge every level of the government and the Party to make great efforts for the nation, the Chinese nationality, and our citizens. Continue to intensify and expand AIDS prevention and treatment work, fully implementing the “Four Free and One Care” policy. Make every effort to protect the health of the masses.”

According to the demand of General Secretary Hu Jintao, we must “adhere to the scientific concept of development, adhere to the principle of putting the people first, build a harmonious society, develop socialist democracy, and build a socialist political civilization, in order to be victorious in achieving a well-off society while fighting to keep alive “the spirit of the 17 th Party Congress.”

Under the leadership of the Party, the people are the masters of the country, and come together under a nation ruled by law. The National People’s Congress (NPC) is our country’s fundamental system of governance, and in the multi-party cooperative and political consultative conference system which is led by the Party, the NPC is an essential part of China’s system of ad hoc socialist democracy.

The NPC is China’s highest organ of state power, and it represents the people in exercising state power. This august legislative power establishes socialist law and has the power to institute policy. Its members are elected by the Central People’s Government, the Supreme People’s Court, as well as the leading central members of the Supreme People’s Procuratorate. Under the principle of “one government, two courts”, it does the work of supervision, protecting the role of the people as the masters, and administering the nation according to law.

The Chinese People’s Political Consultative Conference (CPPCC) acts under the leadership of the Party, all the democratic parties, the mass organizations, and representatives of every sector of society, on the shared basis of a commitment to the Constitution. On major domestic affairs and important local issues, the CPPCC employs a democratic system of consultation that includes oepnly discussing these issues with the public, developing socialist democracy, and collecting the views of all sides, in order to find a consensus that can resolve the issues.

The CPPCC participates in the management of national affairs, policy formulation, and the implementation of laws and regulation. It plays a role in political consultation, in democratic supervision and in political decision-making.

HIV/AIDS is a major global public health and social problem. The rapid spread of the epidemic and resulting high mortality has posed a serious threat to human survival and development. In China, HIV/AIDS has already entered a period of rapid transmission. The number of people living with HIV has already reached 700,000. If we do not take effective measures, China will become one of the countries with the largest number of people with AIDS in the world. AIDS will become a national disaster.

The Party Central Committee and the State Council have attached great importance to the work of AIDS prevention, and have categorized it as one of the three infectious diseases that connects economic development, social stability, national security and the strategic rise and fall of the Chinese nationality. They have placed HIV/AIDS on the critical political work agenda. They have formulated a series of policies, including the “Medium and Long-term Plan for AIDS Prevention and Control in China” and the “Chinese Plan of Action to Contain and Combat AIDS”, creating clear objectives and tasks in the work of AIDS prevention.

As General Secretary Hu Jintao observed, “HIV/AIDS prevention and control is a major issue which relates to the quality of the Chinese nationality, and the rise and fall of the nation. Party and government leaders at every level must raise their awareness, mobilize all of society, and use education to engage in action. They must commit to prevention and treatment, and resolutely slow the spread of the epidemic.”

Premier Wen Jiabao observed, “The State Council has attached great importance to the prevention and treatment of AIDS, and has conducted research and deployed resources to that program. We must implement the responsibility system and strengthen the prevention and treatment plan: supervising inspections, building teams, and managing all the necessary infrastructure work according to the law. At the same time, we must take note of successful experiences, and step up efforts. We must understand that HIV/AIDS is a major issue and relates to our Chinese nationality’s fundamental interests.[“]

Prevention and treatment must adhere to the law and be controlled by science; it must adhere to a government-led approach that includes multi-sectoral cooperation and the participation of all of society. We must strengthen the treatment and care of people living with HIV/AIDS and protect their legitimate rights and interests. We must strengthen international cooperation and exchange, and raise the level of our AIDS prevention efforts.

We should protect the legitimate rights and interests of people with AIDS and not allow them to be infringed upon, and protect the right to survival and right to development of those 700,000 Chinese people now living with AIDS, and really implement the Constitutional promise to “respect and protect human rights.” We should strengthen prevention and treatment in accordance with the law, and do the work of scientific prevention and treatment; effectively promote a socialist democratic system; put into practice Chinese human rights and AIDS prevention and control, and launch the smooth and orderly conduct of all related work.

Based on this, it is our belief that it is appropriate for the 700,000 people with AIDS in China to have a certain percentage of representatives participating in the NPC, CPPCC and related work. This will enable us to more effectively promote the development of China’s AIDS treatment and prevention work, and will strengthen the country’s ability to supervise the work of AIDS prevention and treatment according to the law, and to implement a human rights protection system. Appointing such representatives would also promote the superiority of China’s system of socialist democracy. It would promote the people’s active participation in politics, and move forward the work of activating China’s human rights policies.

In this context, we recommend reserving places for people with AIDS to participate in the “two meetings”, enabling them to participate in National Public Health Service management, and to exercise representative power on behalf of the people. In this way, we can ensure that the health and safety of Chinese people are given greater attention and a more effective degree of protection. 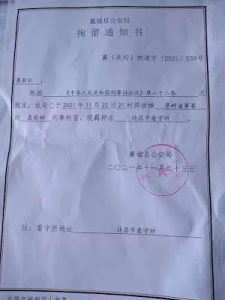 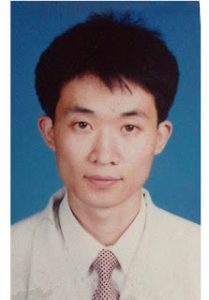