Further Information
Tian Xi is an HIV/AIDS activist who contracted the virus, along with Hepatitis B and Hepatitis C, following a blood transfusion at the People’s No. 1 Hospital in Xincai, in 1996, when he was nine years old. As Tian Xi has been detained in police custody since August 2010, he is due to be released in August 2011. It is reported that he intends to appeal his sentencing.

According to his lawyer, Mr Liang Xiaojun, Tian Xi appeared weak in court and is being held in an unheated cell in Shangcai County Detention Centre together with six other prisoners with HIV or AIDS.

In late July 2010, Tian Xi was asked by the Xincai Communist Party Secretary to return to the County from Beijing, where he had been advocating on behalf of individuals infected with HIV by contaminated blood from State-sponsored blood sales and hospital transfusions in the 1990s.

The Party Secretary had reportedly promised Tian Xi that his own case for compensation would be resolved if he returned. However, upon his return, he was ignored by the Party Secretary, who refused to meet him.

Furthermore, on 2 August 2010, Tian Xi was reportedly dismissed by the Director at the People’s No.1 Hospital, whom he had visited in order to obtain more medicine and request compensation from the hospital both for himself and for others similarly infected.

In a fit of temper at his dismissal, Tian Xi pushed a number of unspecified items off the Director’s desk, some of which were subsequently damaged. Following this incident, Tian Xi was detained by local police and was later formally arrested on suspicion of ‘destroying public property’.

Prior to his detention, Tian Xi was reportedly subject to frequent police harassment and monitoring as a result of his campaigning. Furthermore, leaked internal police documents have reportedly evidenced that in March 2010, police had identified Tian Xi as a target for arrest due to his advocacy work.

In recent years Tian Xi has campaigned for the granting of compensation to thousands of people infected with HIV/AIDS through contaminated public blood supplies. He has also worked for the Beijing-based AIDS advocacy group Aizhixing Institute. After graduating from Beijing City College, Tian Xi chose to stay in Beijing in order to continue his advocacy work.

Front Line believes that the sentencing of Tian Xi is directly related to his legitimate and peaceful work in defence of human rights, particularly his advocacy on behalf of those suffering from HIV and AIDS in China. Front Line is concerned for the physical and psychological integrity of Tian Xi.

Front Line urges the authorities in China to:

1. Overturn the sentencing of Tian Xi and immediately and unconditionally release him from detention, as Front Line believes that these measures solely relate to his legitimate human rights activities;

2. Take measures to guarantee the physical and psychological integrity of Tian Xi while in detention;

3. Guarantee in all circumstances that human rights defenders in China are able to carry out their legitimate and peaceful human rights activities without fear of reprisals and free of all restrictions including judicial harassment. 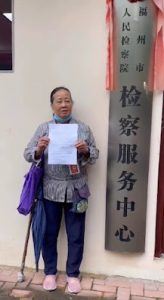 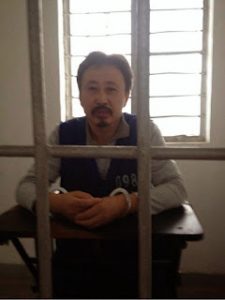 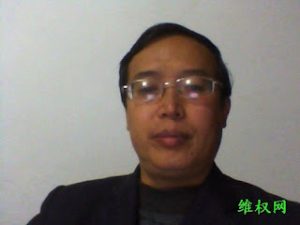